Lately, I’ve felt the need to clarify some things.  Parker Palmer helps me understand this feeling in terms of my soul (Parker Palmer, A Hidden Wholeness).  I believe my soul yearns to speak.  Writing is a way I can listen, and listen deeply. 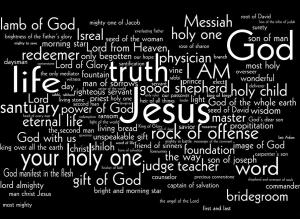 My search for faith is central to my life.  It is a search that continues even as I write.  My search continues to lead me into some kind of testimony.  Some who read this might think that I’m talking about personal religious convictions.  But, that risks misinterpreting me.  It misses the depth of my search, its personal costs, and its impact on all that is.   Faith does not occupy some corner of my life.  Faith is not limited to religious identity, abstract doctrines, and metaphysical questions.  Life is experienced.  It is concrete, relational, sensuous, and palpable.  Faith embraces all these things.  In my soul, I want to express my life in terms of faith.   My heart quietly aches to express how I understand life  – who I am, who I am in this world, and who I am in relationship with others.  God is the one thing that makes any sense out of all these things.  So, that’s where I’ll begin.

I believe in God.  But, as important as my belief might be, it does not answer the right question.

American culture approaches religion in a particular way.  Historically, it obsesses on questions of belief.  When I was a child, believing in God was important.  I was asked about it alot.  I grew up in a Christian community.  It was dominated by a particular Christian denomination.  The church I was born into didn’t quite fit in.  My father was a committed Community of Christ member.  My mother was also a member of Community of Christ, but she grew up in the dominant church in our community.  It was a costly change of membership for her.  I was often asked about my belief in God from family, friends, and other church-goers.   A lot seemed to hang on this question.  My answer conveyed the state of my eternal life or immortal soul.  It also revealed what team I was on.  If I said I believed in God, I was at least in the right game.  I may not be a true believer, but at least I was not a lost soul needing salvation or, at worst, the enemy (atheist, humanist, pagan, even Mormon or Catholic).  A true believer meant that I believed in God, and I was a Christian like them.

No one ever said it to me as a child.  But, I learned early on that Christians often ask others about their belief in God not for theological dialogue.  Rather, it tell believers where others stand – where they stand with God, stand with religion, and which religion.  Belief in God is an important faith question.  But, when it’s asked primarily to determine someone’s identity, it betrays the question.  At some point, questions about faith and God went deeper than religious identity for me.  As I struggled with deeper questions, the distinction between faith and religion became clearer.   The longer I labored, the distinction between religious questions and questions of faith grew.  My questions changed and the answers changed.

I am at a point in my life when I feel the more important question is not whether I believe in God.  The more urgent question is whether God believes in me.  Does God love the world?  Is God in everyday life and its vast imperceptible web of relationship?  What relationship do I want with God (the incredible possibility of God!)?  Do I seek God in daily life?  What is God’s Spirit doing?  Will I allow faith to affect me – how I look at myself, interact with others, and act in the world that shapes me?  Is God at the center of my relationships?  How much of all that is in my control?  How much is totally out of my control?  How much of the world is God and how much is the world bearing down on me?  After I answer these questions, what do the answers really mean?  Does the faith I was born into and its resources shape some answers or who I yearn and strive to be?

This brings me back, once again, to religion in search of new answers with different questions.

The subtle shift from focusing on my belief in God to God’s belief in me and the world is profound.  The change in orientation is a turnaround.  It requires a different way of thinking.   Me, my identity, the religion I come from or now belong to is no longer the chief starting point.   Instead, the scope is broader.  Life dictates where I start, then I must consider what faith asks of me.  Where is God, the possibility of God, and the meaning of God in the world?  I find myself less concerned with religious questions – if that means topics that limit God to religion, isolated communities, abstract ideas, or personal beliefs.  I am more concerned with what faith means in life.  There are so many questions.   I must consider the struggles over the fundamental relationships that define me and my life.  Faith reaches beneath the world’s definitions, its definition of religion, and religious appearances.  Religion eventually turns into faith questions.

My life’s journey has been a path of conversion.  I was born Community of Christ.  I was born a Christian.  I am now a convert to the search for meaning in God.  Born a Christian, I later discovered Christ.  I made the religion of my birth my own by transcending it, then returning to it.  I have a new relationship with Christianity and the world from which it comes.  Instead of having faith in my religion, I seek its source of faith.  This means going beyond our world’s way of knowing and its categories – including that of religion.  Neither I nor the world can limit God to religious spheres and mere personal perspective.  All this betrays the call to faith before it’s begun.   While the word “wrong” my scare some, I’m not interested winning a war of words.  Rather, I fight to defend the true meaning of faith.  We cannot simply constrain faith or God to narrow religious definitions or isolate them to personal opinions.  To do so is a distortion.

Do you believe in God?  As important as it seems, this may not be the primary or final question.  Does God believe in us?  Does God believe in the world?  Does God persist in the world despite our efforts to control and deploy its resources in our own way and for our own purposes and advantages?  To even consider “yes” as an answer requires the seed of faith, whose growth will bring you well beyond narrow definitions of religion.   That’s where conversion and reconversion begins.